You are here: Shop / Blog / Newport Bus to the Beach is Here! 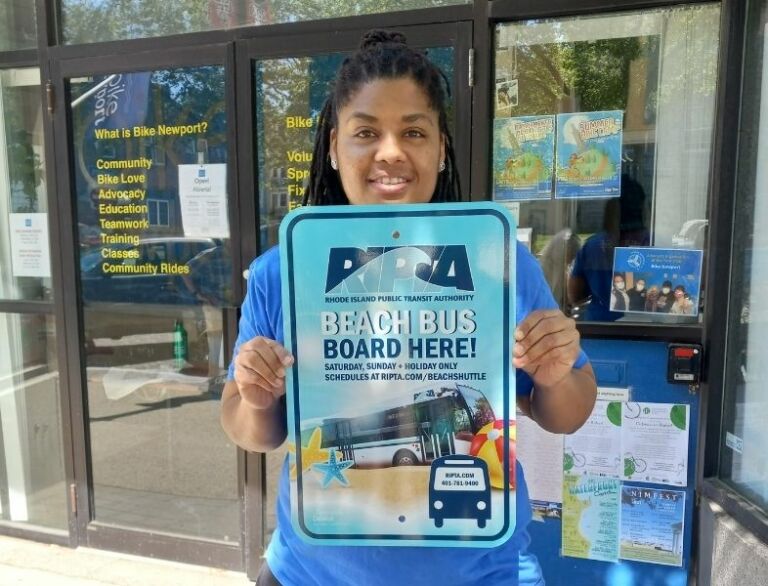 Newport’s Bus to the Beach made its inaugural run on Saturday June 19th – Juneteenth!  “This is the first bus that has ever gone directly from Newport’s North End to the beach,” said Allyson McCalla (above), Bike Newport’s Director of Community Relations and Administration. McCalla is Bike Newport’s lead with partners Newport Health Equity Zone and RIPTA to make the beach shuttle happen.
RIPTA’s free shuttle program makes nine stops on the route to Easton’s (First) Beach and to Sachuest (Second) Beach in Middletown with two round trips a day on weekends and holidays from June through August of 2021.
This service has expanded beach access in an area where as many as 19 percent of residents don’t own cars. (source: ecorinews) “We’re not only the Ocean State, we’re also the City by the Sea – and until now, we had families who couldn’t get there,” says McCalla, “Now we do. This is a huge accomplishment and a delightful service for Newport families.”