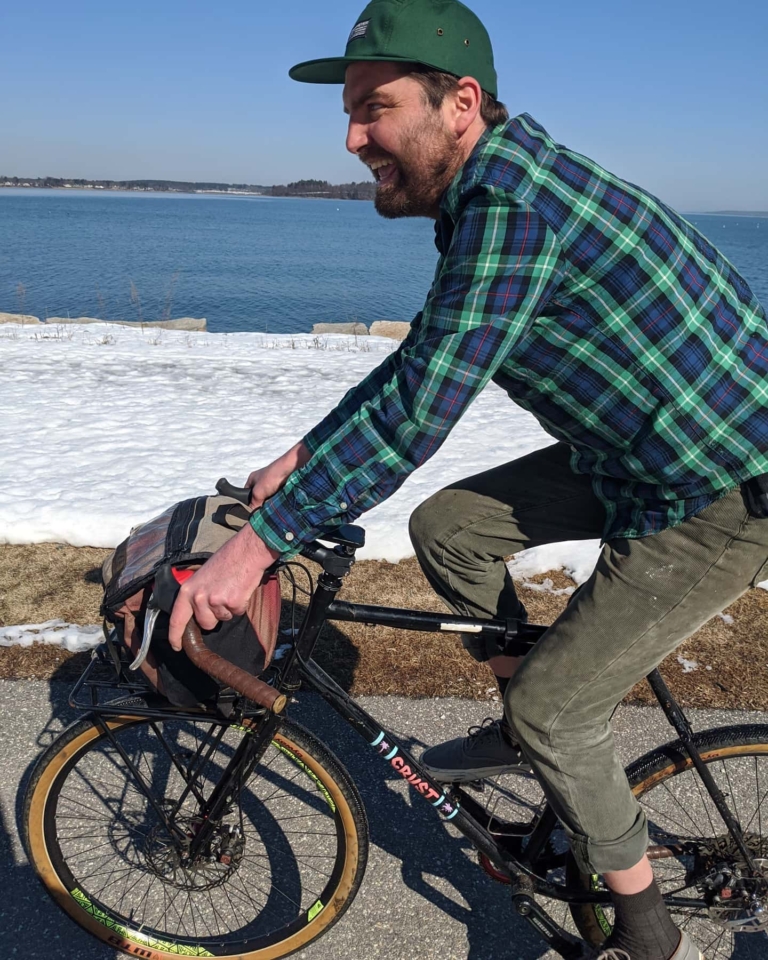 by Tyson Bottenus
Providence bicyclist and Bike Newport Board Member

I was involved in a hit and run while I was biking a few weeks ago on the Blackstone Boulevard in Providence, Rhode Island. It was in the daylight, my friend and I were following all the rules of the road, not acting recklessly, and doing everything we could do to prevent being hit by a car. My leg hurts and my bike was badly damaged but other than this, I’m still alive. The person driving the car tried to tell me that it was my fault that I got hit which didn’t seem correct. Fortunately, there were witnesses to the crime and we filed a report with the police department to get some sort of justice from this case. Like I said before, my leg still hurts, and my bike is unrideable, but time heals all wounds and local bike shops can do wonders with steel frames.

Although my body is a little mangled and my bike is (temporarily) unrideable, the thing I’m worried about most is the psychological impact of being hit by a car. That accident could have been much worse. I could have died or been seriously injured. Outside Magazine tracked every death of a bicyclist in a collision with a car in 2020 and found that despite COVID19, death rates for cyclists remained high, with nearly 846 deaths.

What’s the solution? More punitive damages to level bikes and cars? Better infrastructure for cyclists to keep them separated from cars? More education for cars? These are all well and good and I support every single one of these initiatives but why do I still feel unsafe biking down the street. How long until I feel comfortable biking again?

Vehicles are not crash tested for pedestrian safety under the current NCAP (National Car Assessment Program), so automakers have little incentive to make their cars smaller and safer for those outside the vehicle. Our current infrastructure, except in some areas, places a priority upon cars and not on the most vulnerable road users.

Until we begin to design our streets with the most vulnerable in mind, we will never make any progress towards delivering equity for everyone. This goes far beyond my incident or the myriad of terrible days that I’ve experienced. People and planet alike depend on making a more just and equitable transportation system that shifts the priority from automobiles to the planet.

Over the past decade, bicycling has enjoyed a tremendous rise in popularity as a mode of transportation. Cities across the U.S. have begun to think more seriously about how to develop infrastructure that supports safe and low-stress bicycling as a mode of commuting. But until we start designing our infrastructure so that the most vulnerable of our population can use the roads in a safe and effective way, we will never make any progress towards road safety.

The author is a cyclist in Providence, Rhode Island, and board member of Bike Newport.