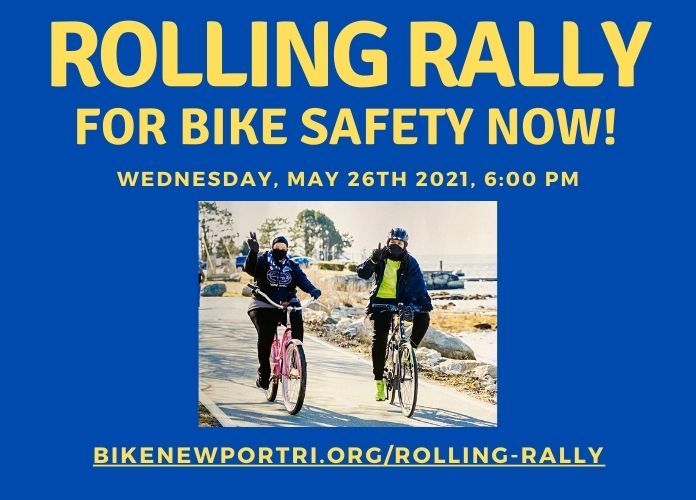 On Wednesday, May 26th, the Newport City Council will consider a revised resolution to implement more bike lanes and shared lanes on Newport city streets. As the Council meeting can not be attended in person, the community “Rolling Rally for Bike Safety Now” will roll through the city at the time of the Council meeting – to support and encourage the Council’s commitment to bicycle infrastructure and safety. People on bicycles can ride together, passing the homes of City Councilors to show support, and stopping to participate in the virtual Council discussion when the bike lane resolution is discussed. Register for the event here.

ABOUT THE RESOLUTION – PLEASE READ:

The resolution was originally slated for a vote on May 12th, but hit some resistance among council members, so it was withdrawn by the sponsor. In a Newport Daily News article this past week, Newport City Council Member and sponsor of the resolution, Lynn Underwood Ceglie, who worked with Bike Newport on the resolution, explained that confusion as to the roads under consideration motivated her to submit a modified resolution, which is viewable HERE. Please note that ONLY PAGE 7 is the new modified resolution, the first six pages are the original resolution and no longer apply.

In the Newport Daily News article, City Council member Kate Leonard expressed objection to the resolution, indicating that the work should wait for the Transportation Master Plan to be completed before proceeding. She also expressed her opinion that bike lanes and shared lane markings are seen by some as “road graffiti.”

With increasing numbers of people bicycling on Newport city streets, the Newport City Council will decide whether or not to prioritize making city streets safer for all users. While, there are plans for a Master Transportation Plan for the City to start soon, Bike Newport is calling for interim painted bike infrastructure on the roads currently prioritized by people on bikes. The City has some limited funds available to paint bike lanes that must be used by June 30th. The resolution calls for the City to put the designated funds to that use. While the original resolution called for the City to plan now for the rest of the priority roads, the revised resolution does not. (Resolution viewable HERE – again please note that ONLY page 7 is under consideration, pages 1-6 are no longer in play.)

Bike Newport speaks for people biking for both transportation and recreation in calling for the city to commit to making plans now to address short-term improvements to road safety far in advance of the upcomingTransportation Master Plan.

Also in the Newport Daily News article: “The upcoming Master Transportation Plan is going to be more thorough and thoughtful,” said Bari Freeman, Bike Newport’s executive director. “But that is several years out. This is now to make people safer.”

About the original resolution: “We were able to provide maps and show the roads where bicyclists already are traveling,” Freeman said. “The roads can be dramatically improved by raising awareness of bikes on the road through bike lanes and shared lanes.”

The maps – viewable on pages 3-6 – indicate the roads prioritized for attention by Bike Newport and confirmed in the state’s Bicycle Mobility Plan, including as first priority from north to south: Maple, Girard, Hillside, Admiral Kalbfus, Kay, Bellevue, Wellington, and Hallidon, and the full Ocean Loop, including parts of Beacon Hill, Harrison, Ridge, Ocean, Bellevue, Ruggles, and Wickham.

The UPDATED RESOLUTION removes references to these maps and the list of priority roads and addresses by name only Ocean Avenue now and Hillside Avenue in the future, concluding: “THEREFORE: the City Council … looks forward to the upcoming installation of shared lane bicycle pavement markings along Ocean Avenue, in addition to the potential future options for bicycle accommodations currently being developed within the on-going Hillside  Avenue traffic calming report, and further  asks the City Manager to continue to further study the bicycle mobility plan and its associated recommendations while beginning to use this plan, hand in hand with other city planning documents,  to help responsibly guide the City of Newport in its efforts to make improvements to our transportation network for the good of our community.”

The “Rolling Rally for Bike Safety Now” invites people on bikes who wish to participate in support of safer streets for all. Anyone interested in this issue is encouraged to join the City Council meeting by Zoom and take advantage of the opportunity for public comment.

Please REGISTER for the Rolling Rally for Bike Safety Now

HERE is the Zoom link to join the City Council meeting on May 26th  (beginning at 6:30 pm).

HERE is the link to Agenda for the May 26th  City Council meeting.

HERE is the link to the Resolution and the corresponding maps on the docket.

HERE is the link to the RI Statewide Bicycle Mobility Plan.

Here is the map included with the original resolution that showed a combined view of existing, first priority, and second priority roads for bike lanes and shared lanes in Newport. The original resolution indicated locations and provided for the City to determine the most suitable treatments. 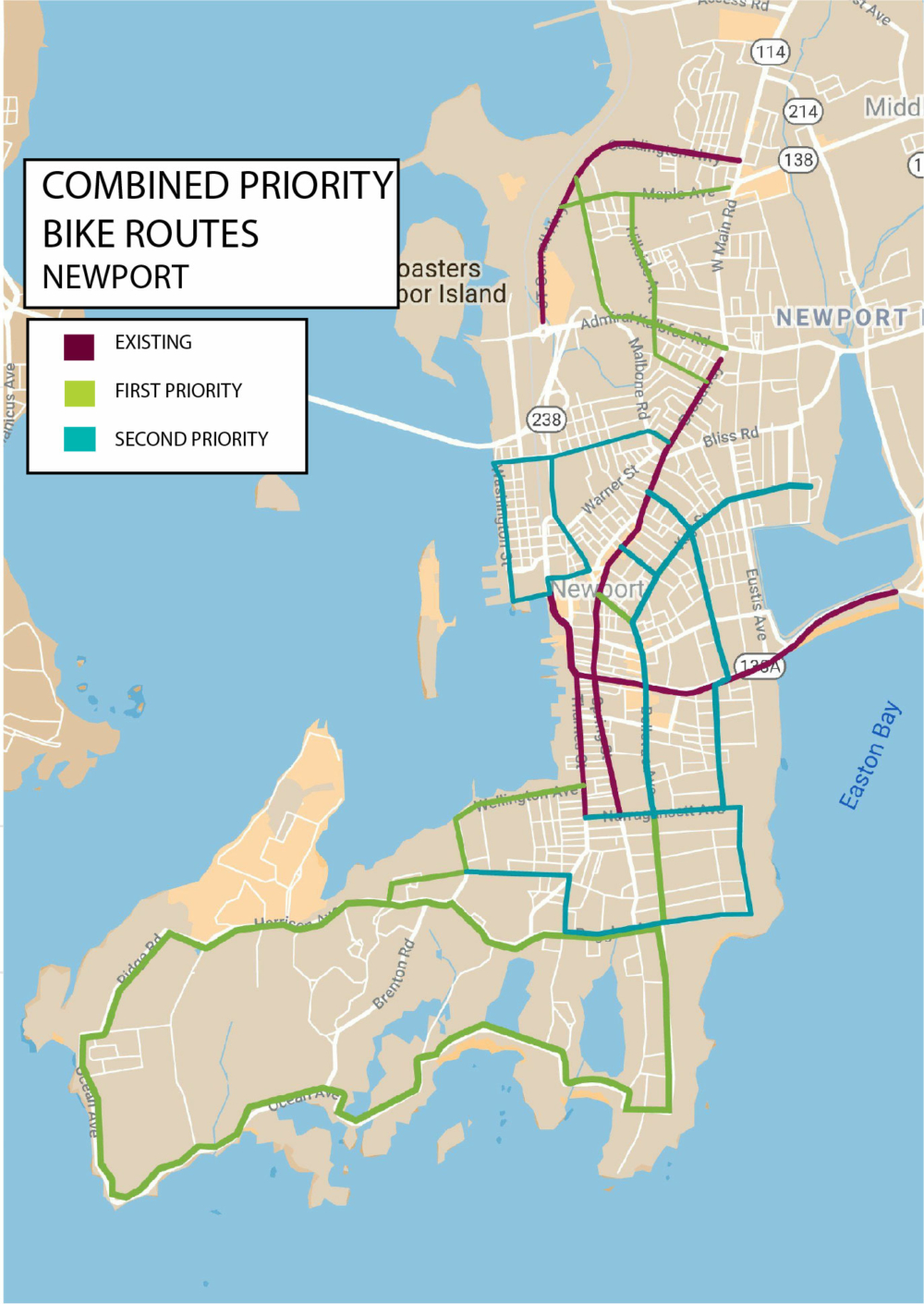 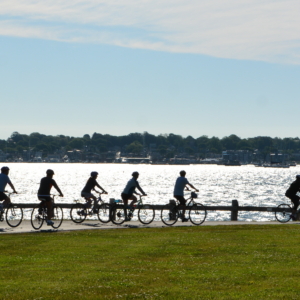