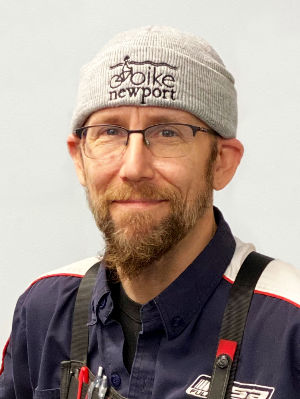 Hailing from Detroit, Richard “Ric” Starry has spent the last 25 years working in and running bicycle shop service departments in Boston. Aside from his time spent in the Navy and at University, Ric has devoted his life to cycling and working on bikes. As former downhill and cross country racer, he brings a pure love for all aspects of cycling. Ric began his career at the age of 9 as a sweeper and flat fixer in his local bike shop. Since then he has developed into a top level bicycle mechanic, instructor and educator. Your bicycle will be in good hands with Ric, even if those hands are greasy.