You are here: Shop / Blog / You’re Invited to the Bicycle Friendly Community Commemoration and Celebration! 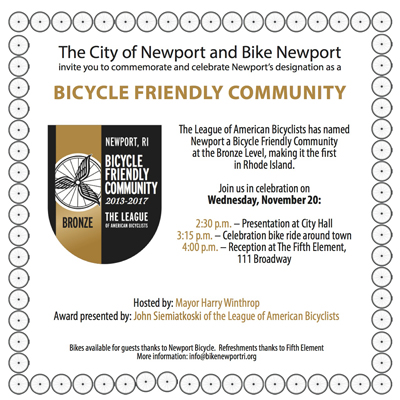 Following the commemoration (weather permitting), we will lead a bike ride around town and enjoy a reception at Fifth Element. Bikes will be provided by Newport Bicycle for anyone who would like to ride. Here’s the route we will take, heading east first:

We know Newport has a long way to go in its quest to become bike friendly, but this is an amazing start!